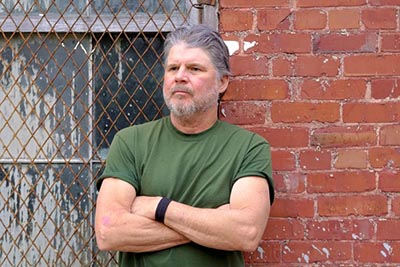 Subscribe to AFP podcasts on Apple Podcasts, Spotify and Pandora

Celebrate American entertainer Chris Knight as part of your Independence Day celebrations on Saturday, July 2 at the Lime Kiln Theater in Lexington.

Knight has released nine studio albums including his most recent in 2019, Almost Daylight featuring the songs “I’m William Callahan” and “Everybody’s Lonely Now”.

Knight writes what he knows from growing up in the mining area of ​​Slaughters, Kentucky (population 238). He earned a degree in agriculture from Western Kentucky University. However, his passion for writing and music eventually led him in another direction.

See also  A life in art, cinema and music

“I come from a large family and grew up in the woods six miles from two small towns,
so there were a lot of stories,” Knight said. “There were always plenty of ideas to write about.”

For tickets to the Lexington show, visit https://aftontickets.com/event/buyticket/7pj6wkw9r0

Educator, minister, musician, author, poet combines his wisdom with that of others – Monterey Herald