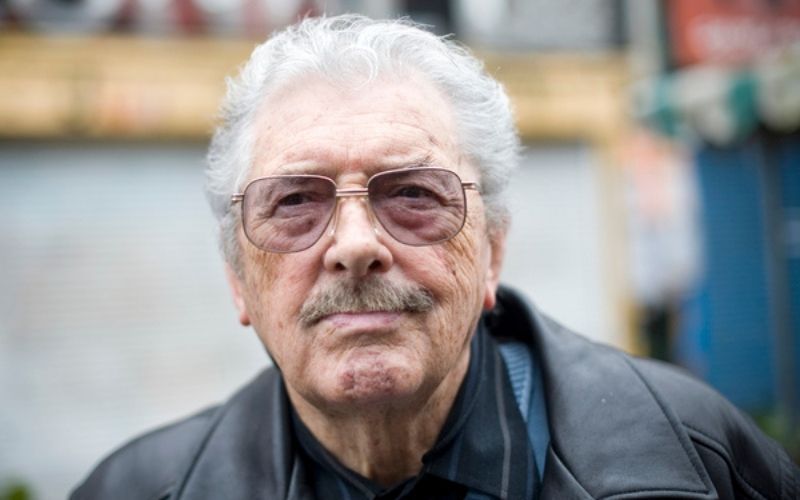 Pete St John, the Irish singer-songwriter who wrote the Fields of Athenry and the Rare Auld Times, has died aged 90.

St John, born Peter Mooney in Dublin in 1932, died peacefully at Beaumont Hospital in Dublin early on Saturday, his family said in a statement.

The legendary traditional musician first trained as an electrician and worked in the United States and Canada before returning to Ireland and making a name for himself as a musician.

Many of his songs, including the Rare Auld Times, explored how his beloved Dublin had changed over the years he had been away.

St John described his songs as “magic carpets” that could tell stories and bring people together.

“Songs are magic carpets. They can tell a story over and over without boring the listener and maybe taking us out of ourselves for a few moments of peaceful escape,” St John said.

His songs have been recorded by famous Irish musicians and groups, including the Dubliners, Paddy Reilly, Mary Black and Daniel O’Donnell.

St John’s songwriting talents have won him numerous awards, including the IMRO Songwriter of the Year Award and the Variety Club of Ireland’s “Gold Heart” Award for Outstanding Contribution to Music Irish.

St John is predeceased by his wife Susan and is survived by his two sons Kieron and Brian Mooney.

“So sorry to hear of Pete St John’s passing,” Martin wrote on Twitter. “A gifted songwriter and musician, his songs are deeply woven into the fabric of Irish life. My deepest condolences to his family and many friends. Ar dheis Dé go raibh a anam.”

I am sorry to learn of the passing of Pete St John.

A talented songwriter and musician, his songs are deeply woven into the fabric of Irish life.

My deepest condolences to his family and many friends. Ar dheis Dé go raibh a anam. https://t.co/TV3tG0xX8L pic.twitter.com/lf835uCKKw

The CK musician returns home and releases a single