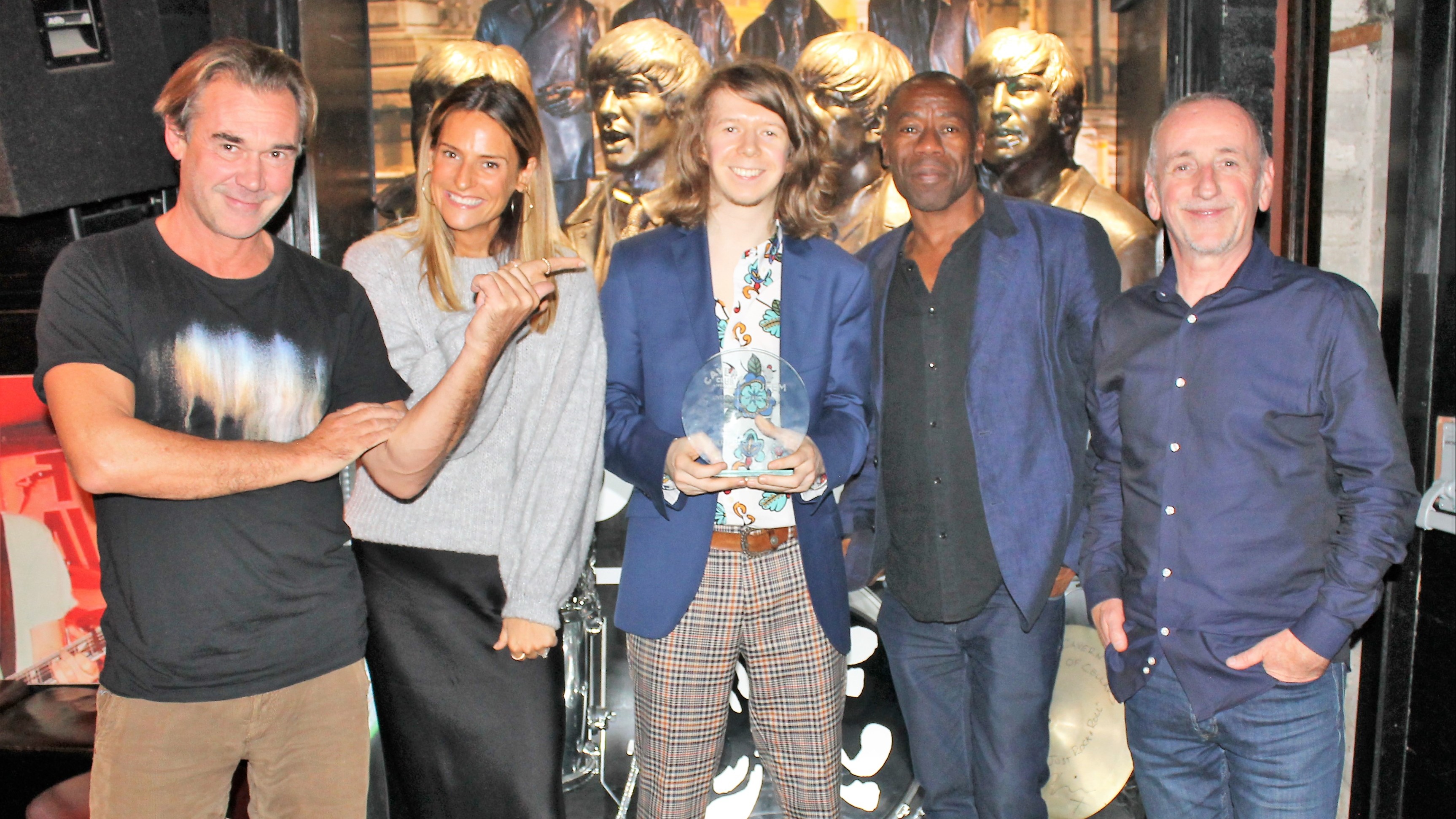 A singer-songwriter from Bolton won the first international song competition for cuteness.

James Holt’s song “Make My Day” was voted the world’s best new song of hope and optimism, beating 1,562 entries from 18 countries and nine other finalists.

Inspired by John Lennon’s worldwide hit and hymn to peace, “Imagine,” the international charity tuff.earth began research into what would have been John’s 80th birthday.

The final took place exactly one year later at the Cavern club in Liverpool, the venue he and the other Beatles made famous.

His song will now be professionally produced, mixed and mastered by record producer and TUFF Music director Daniel Xander at the Liverpool Motor Museum studio, known for artists like Oasis, The Arctic Monkeys, Ben Howard and Jake Bugg.

James, 28, was accompanied on vocals by his friend Molly Becker, 20, a student at the Royal Northern College of Music.

Long championed by music industry giants such as legendary producer Brian Eno, and with a voice reminiscent of John Lennon himself, James has had sold-out shows at Manchester’s Deaf Institute and Hope & Anchor. in London.

He says his “deafness is part of him and has had a great influence on his character.”

He lives on an idyllic farmhouse in Bolton and writes, records and produces all of his own music.

His dream is to play with one of his musical heroes Sir Paul McCartney.

This contest was all about songwriting and to receive this honor from such a panel of judges is fantastic. I’m almost speechless to be honest! My song was about visiting people in hospital and the joy and gratitude that comes with that, that feeling of being loved.

“Kindness is actually a tough topic to get across and what it means to people. I wanted to build on this experience that almost everyone has and which unfortunately was missing for so many during the pandemic. ”

Jonny Fowlds from Wallasey, in Wirral, accompanied by his wife on keyboards for his song ‘In the End’, written during the first Covid-19 lockdown, was highly praised, with the simple message to take care of each other.

And there was also a special award for Tony McCaldon of Liverpool for the outstanding performance of the night for his song: ‘You can always come home’.

James embodies British pop music with the same energy and vibe that you can pull across everyone from the Beatles to The Coral. He is a very talented artist who undoubtedly has a bright future.

Next year, Liverpool’s new international songwriting competition will be hosted by Reykjavík, Iceland.

There was a live connection during the Liverpool competition when the baton, in the form of a 1961 microphone that the Beatles were actually using, was passed.

The song contest was supported by the Liverpool City Council, the Mayor of Liverpool, the Liverpool Institute for Performing Arts, Strawberry Field and the Cavern club.

The fact that Liverpool and the Cavern are hosting this celebration of new music on the occasion of what would have been John Lennon’s 81st birthday was an honor that I’m sure John would have applauded and reflects how much his message of peace and unity is timeless and how important it is to continue.

Tuff.terre was founded by Anna Prior and Dr Talwar in 2011 to empower young people, vulnerable and disengaged communities through music, sport and the arts.

Who was rocker Tina Bell? And why it matters