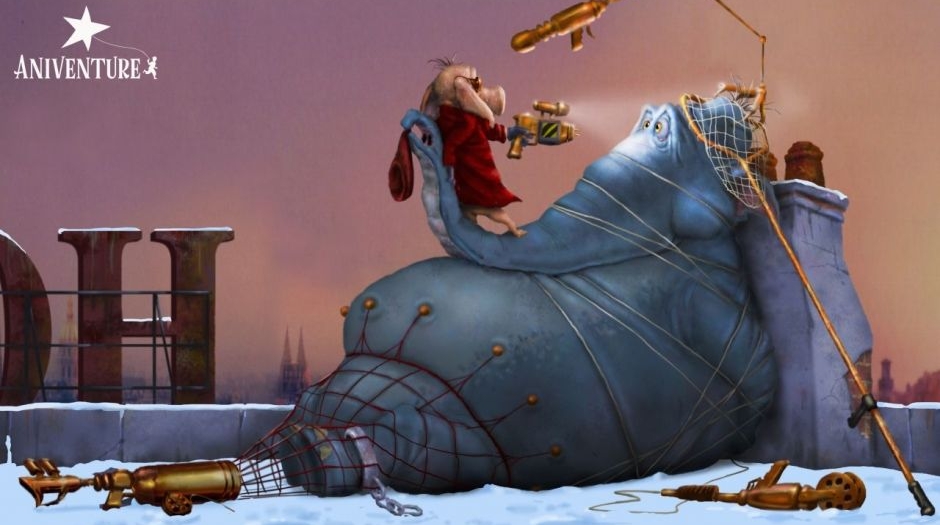 Anitta will voice the character of Letícia dos Anjos, an animal liberator from Brazil. Last September, the singer-songwriter made history as the first Brazilian artist to perform at the MTV VMAs. Most recently, she released “Boys Don’t Cry”, which became the biggest solo debut by a Brazilian artist in Spotify Global Chart history and reached #1 on iTunes in 19 countries.

“I’m so excited to join the amazing cast of hitpig!” shared Anita. “I can’t wait to lend my voice and share this story.”

Other musical talents announced are Isabella Summers (aka ISA Machine) who is composing the score and Mary Ramos and Sarah Bridge who are co-supervising the music for the feature.

Summers is an Emmy-nominated English musician, songwriter, producer, remixer and composer. She is a founding member of the award-winning baroque pop group Florence + The Machine.

Ramos’ credits feature popular and acclaimed film projects, including Django Unchained and Once upon a time in Hollywood. Ramos and Bridge recently earned their first Emmy nomination for Netflix’s Golden Globe-winning and Emmy-nominated series The crown.

“The dynamic trio of Isabella, Mary and Sarah electrifies our film,” noted producer Dave Rosenbaum. “They heighten the comedy, deepen the drama, and heighten the thrill with impressive musical approaches. We couldn’t ask for more exciting creative partners to join our crazy animal adventure. »

Directed by Cinzia Angelini (Minions) and David Feiss (Cow and Chicken), and produced by Adam Nagle (Blazing Samurai) and Dave Rosenbaum (The secret life of pets), the film is rooted in the New York Times bestseller, Pulitzer Prize-winning Berkeley Breathed, “Pete & Pickles.” It is currently in production at Cinesite in Montreal, delivery later in 2022.

Hitpig (Dinklage) is a pig hired by the humans to bring back their escaped animals. It’s not easy, but it’s a job. His latest hit is Pickles (Singh), a naïve, rambunctious elephant who has escaped the clutches of an evil Vegas showman. Although Hitpig initially sets out to capture the cheerful pachyderm for big bucks, the unlikely pair find themselves criss-crossing the world on an unexpected adventure that brings out the best in them both. Set in a futuristic cyberpunk world, hitpig sometimes proves that what we want is not what we need.