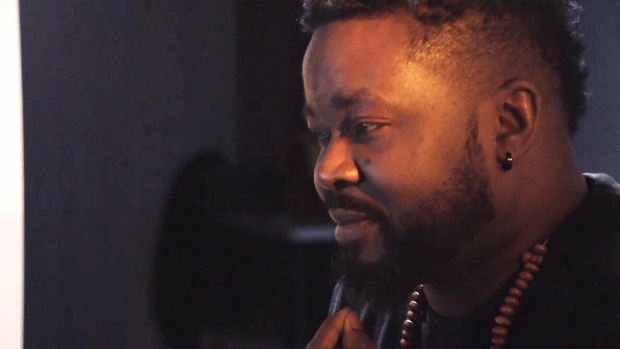 Inspired by a global choir against racism, a Canadian musician is releasing a new song this week as part of a larger project – raising Black, Indigenous and racialized voices to speak out against injustice.

On Friday, Toronto singer-songwriter Rufus John will release the song Freedom Marching as part of a charity project.

It’s a passion project born out of participating in protests against anti-black racism.

“I went through a journey that was long, hard, because I had to be real,” John told CTV News.

John’s journey began in June 2020, at the Solidarity March in Kitchener, Ontario, where thousands took to the streets to protest racial injustice following the death of George Floyd, Breonna Taylor and Ahmaud Arbery.

“I was so inspired by the walk, but also came away with a bit of shame and guilt and embarrassment because I was so unaware and uninformed about the core of these issues, but also that I didn’t had no say in the fight,” Jean said.

Thus began a journey of education and self-reflection, but as he searched for resources, John felt that there was no central clearinghouse of reliable information.

Then came the idea of ​​creating one himself.

“This resource list speaks to Rufus John two years ago, saying, ‘Hey, you don’t have [the] resources, you don’t know who to turn to,” he said.

According to John, education, art and community are key to fighting racism and inspiring activism. This is why he launched a website called Freedom Marching Projectwho will use the power of music to educate.

But he acknowledges that not everyone is comfortable asking for information

“This platform meets you where you are, wherever you are in your activism and I hope it gives you tools, information and joins you in this march to eradicate racism,” he said.

Part of that activism includes a four-song EP that will be released on Friday with the title track Freedom Marching. The EP is a collaboration with 40 other artists, inspired by the Black Lives Matter protests that have taken place all over the world.

“So many people of different ethnicities, races, coming together for my community, black, racialized and indigenous communities, they came together in droves to support us,” he said.

And now the Freedom Marching Project supports those doing the work in the community. All proceeds from the song will go to groups fighting against racism, oppression and discrimination.

The website also includes the option to donate and invites all musicians who want to contribute more music to get in touch.

With files from Alexandra Mae Jones of CTVNews.ca