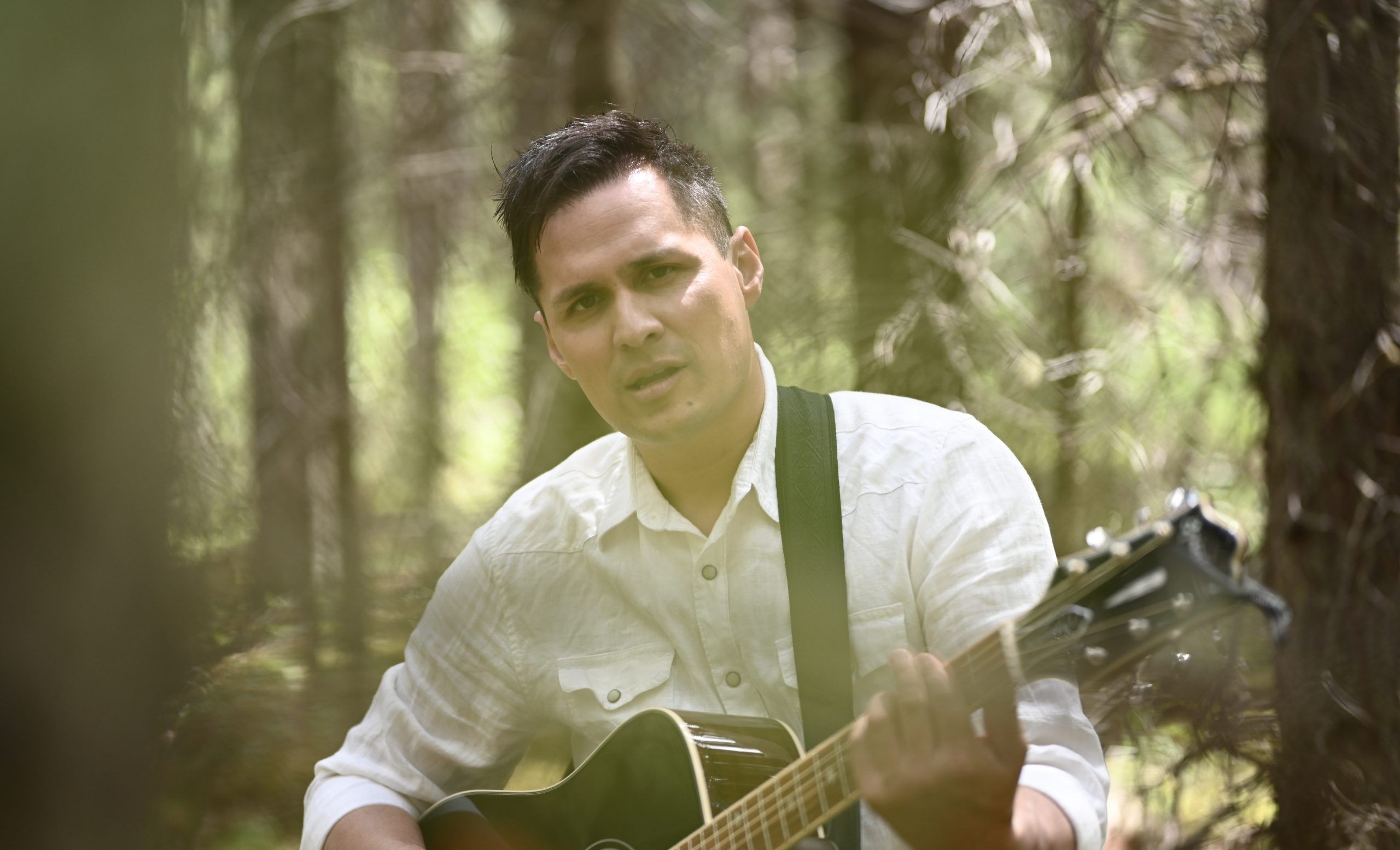 A local Volkswagen (VW) driver drives to Nashville with a new guitar.

Stirling John, a Parkland RCMP officer who is also a singer-songwriter, was named one of eight national VW Volkgiving winners for his contributions to his community in 2021.

“I was truly honored to be selected. It was a great experience to have and it’s one of my highlights of 2021,” John said.

Knowing he was a longtime VW driver, John’s music manager submitted his name and story to the Volksgiving program for consideration. The program celebrates VW owners who have gone the extra mile to help their communities, make the world a more inclusive place and create a sustainable future.

To his surprise, John was contacted by VW for an interview regarding his volunteer work and advocacy with veterans and Indigenous communities. Last fall, he was officially named one of the winners of the program and invited to Calgary for a celebration where he received a Gibson Les Paul Traditional electric guitar and a free trip to Nashville, Tennessee.

“I got back into music years ago because of the many calls I field, whether overdoses or suicides. I found peace writing, recording and performing music,” John said.

One of his proudest accomplishments last year was his partnership with the Calgary Veterans Association (VAFB) Food Bank. After performing his original song, “Take A Stand”, for the association’s management team, he received funding to record the single and create a Musical clip as part of a charity action for the VAFB. The song was inspired by a chance encounter with a homeless veteran during his early days with the RCMP. John said he never planned on recording it until he saw how enthusiastic the VAFB was about it.

He was also busy last year talking and singing to the children of the Alexis Nakota Sioux Nation on the Alexis 133 reservation. As a police officer, he said he often encountered young people who had no good role models in their lives to talk to about their struggles. His songs ” To believe ” and ” For you were written with these children in mind to remind them that there is always hope even when times seem bleak.

“Especially now, I think our young people are going through a really tough time. I have a passion to get involved in these communities. If I can help them progress in any way, I will. The number one goal of my music is to use it to help others,” John said.

Last week John drove his VW to Calgary to record his debut album, Trust in you. Although he has recorded and released dozens of singles over the years, this will be his first official LP release. The record, which he describes as “contemporary Christian”, was inspired by his divorce five years ago. He said it was one of the lowest periods of his life and inspired a song called “Never Meant to Be”. Finding purpose in life through music in the years that followed spawned one of the album’s 10 songs titled “Where I’m Meant To Be”. He wrote it with his friend and collaborator David Pedersen.

The album will feature seven new original songs, two previously released original singles and a cover of “Amazing Grace” with a spin composed by John and Pedersen. During the recording process, John had four cameras capturing footage of each session player. He plans to use these images for promotional projects down the line.

“I’ve waited my whole life to release this album. The messages of these songs really spoke to me. People need hope these days and I hope this project will carry that message to others,” said John.

In addition to working tirelessly on his first album, he has also just put the finishing touches on his new home studio. He recently built a new house with a basement entirely dedicated to music. It includes all the instruments, equipment, and latest technology needed to record and livestream your band’s performances directly to your instagram , Facebook and Youtube pages.

However, the studio is not just for personal use. He envisions it becoming a shared art space in the community for local musicians who could benefit from John’s equipment and knowledge. This week, John was back at the Alexis 133 reserve to shoot a video for a young artist.

Trust in you is tentatively slated for release this fall and will be available on both streaming services and CD format. To keep up to date with John’s projects, visit facebook.com/stirlingjohnmusic/ .

“It’s been a busy year. There are only 24 hours in a day. I find time constraints can sometimes be the worst issue for me, but I have some really exciting projects planned for the future and we are seeing strong growth in satellite radio,” said John.