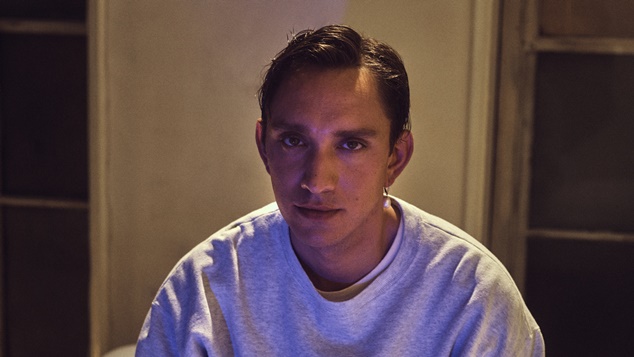 hideous bastardOliver Sim’s debut album – best known for his work as songwriter, bassist and lead singer of The xx – is set for release Friday, September 9 via Young/Remote Control Records.

Produced by bandmate Jamie xx, Hideous Bastard is the culmination of two years of writing and recording, inspired by Sim’s love of horror movies and his own life experience, unpacking the themes of shame , fear and masculinity.

These themes are at the forefront of the new single Hideous. Enlisting the help of lifelong hero and “guardian angel” Jimmy Somerville on vocals, the single sets the stage for the next album and sees Sim speak publicly for the first time about living with HIV since the age of ten. seven years.

It debuts with a video from another personal hero, French director Yann Gonzalez, who has also collaborated with Sim on an upcoming queer horror short of the same name which premiered as part of the Week. of Critics at the Cannes Film Festival.

Speaking of the single, Sim shares that he realized there were clear themes in his songwriting.

“At the beginning of the creation of my disc, hideous bastardI realized I was writing a lot about fear and shame.

“I imagine that might paint a picture of a dark and gloomy album, but in recent years I’ve become a firm believer that the best antidote to those feelings may be to bring them to the surface and shed some light on them.

“I didn’t write the record to linger, but rather to free myself from some of the shame and fear that I felt for a long time. So, I hear a lot of music as joyful, because the experience of writing it and recording it was the complete opposite of what the fear and shame was for me.

“Two-thirds out of the way with a good idea of ​​what the record was, I realized that I had circled around one of the things that probably caused me the most fear and shame. My HIV status. I’ve been living with HIV since I was 17 and it depends on how I feel about myself and how I assume others feel about me, from that age and into my adult life.

“So quite impulsively I wrote about it on a song called Hideous. I thought I could release him into the world and be done with it. After playing the song to my mother, being the protective and wise mother that she is, she gave me some of the best advice I have ever received.

“She suggested that I first spend time having conversations with people in my life. Either people I haven’t spoken to yet, or people I’ve spoken to but whose I didn’t feel like talking about it anymore. Since writing Hideousi have spent the last two years having these conversations, which was difficult and uncomfortable at first, but made me feel much freer and only strengthened my relationship with myself and with people of my life.

“One of the most special relationships I gained through this was with Mr. Jimmy Somerville. I knew for Hideous I wanted a guardian angel to appear in the song and sing me the words I needed to hear. Not only has Jimmy been such a powerful voice around HIV and AIDS for decades, but the man literally looks like an angel. I contacted him as a complete fan boy, but now consider him a very good friend. He encouraged me to do the song myself. He taught me that “glamour” is a Scottish word. And, above all, he reminded me not to take myself too seriously, it’s no use!

“Am I hideous? sounds much less like a question I ask the world now. I know the answer. As scary as it sounds, I’m thrilled to share this music with you, and hope you enjoy it. Lots of love, Oliver xx”

Sim unpacks that feeling further in a new feature with The New York Times – The Horror and Happiness of Oliver Sim: Singer xx goes solo, reveals his HIV status, and learns he really likes people.

Listen to the new song.

You can support our work by subscribing to our Patreon
or contribute to our GoFundMe campaign.