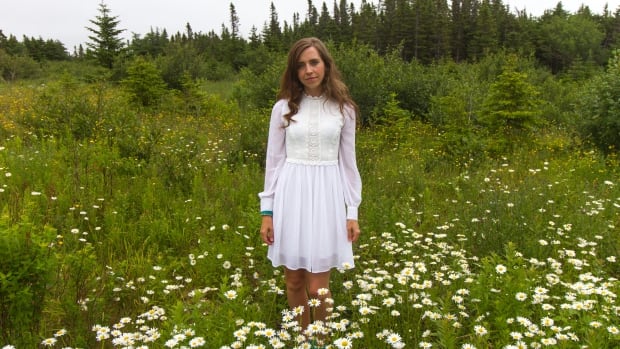 Singer-songwriter Selina Boland says the inspiration for her new album – and her stage name – is a poem she wrote when she was just eight years old.

Boland, who performs as an electronic musician under the name “Chalk,” told CBC Radio AM weekend that the poem was about finding a rock of chalk on the ground and doodling with it.

The poem is the foundation of the song I am a chalk rockwhich includes the lines, “When one side doesn’t work, she turns me around / I feel so used and I feel so loved.”

“I can get a different meaning reading this now.… It’s kinda deep,” Boland said of discovering the poem and deciding to put it on her new album, My chalk stuff.

Boland, who was nominated for MusicNL’s 2020 Electronic Artist of the Year award, said she started playing electronic music while living in Calgary in 2011.

She bought a loop station and a toy electronic keyboard from a friend, she said. Looping occurs when an artist records and then plays back a repeated section of music.

Boland is set to release a singer-songwriter guitar album in a few weeks, but says she prefers her electronic music persona.

Electronic music as authentic as the guitar: Boland

Playing electronic music is more laborious and authentic than some people might think, Boland said. “It’s as authentic as playing the guitar.”

“It’s all manual. I record on location with a loop station and my synthesizer…if I make a mistake it gets recorded,” she said.

Boland is also set to make another Chalk album, with producer Christian Johansen.

“I have a lot of material that hasn’t been released yet,” she said.

Do you have a new music album that AM weekend should you know for the first listen? Email us at [email protected] and tell us about it.

Equifax: Head of the Equifax Foundation talks about financial inclusion with Authority Magazin…