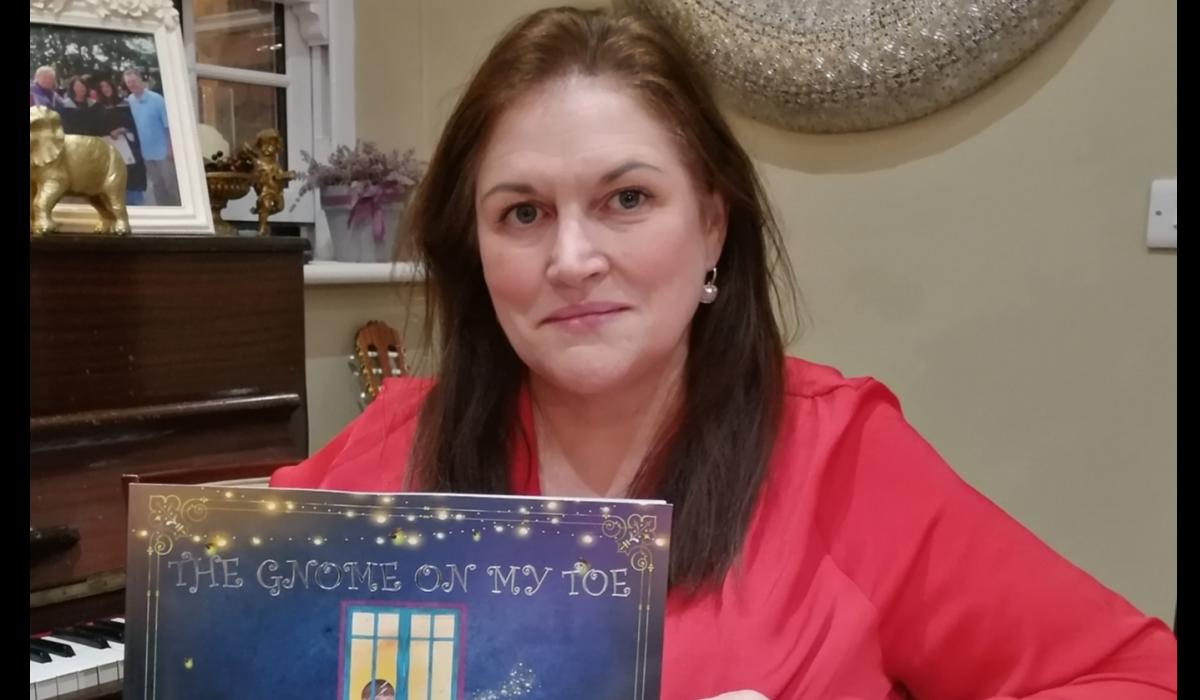 The Tipperary-raised singer-songwriter and author finds solace in music

A singer-songwriter who grew up in Killenaule says one of two albums she released recently has finally helped her come to terms with her inability to have children.
Lullaby Lay and Sweet Old Mill were recorded by Jacqueline Geoghegan Mangan, who lived in Killenaule from age three until age 16.
“Following a medical procedure that went wrong several years ago, I discovered that natural motherhood was definitely out of my reach,” she says.
“It took me many years to come to terms with this reality and when my three nieces were born I was filled with love for them and felt so proud to be a part of their lives.
“I also realized what I had missed by not having children.
“I used my grief productively by focusing on songwriting and the Lullaby Lay album became a big part of the healing process.”
The album is dedicated to the memory of Pat Costello, host of the Gentle Folk show on Clare FM and Tipp FM, who died in 2019, and who was a close friend of Jacqueline and her husband Denis Mangan.
The second album, Sweet Old Mill, is named after a song written by her father, retired prison officer Tony Geoghegan.
“The song is about his early days as a farm laborer at the age of 15 before emigrating to Manchester. When he returned to West Limerick there were many notable changes. The Old Mill, an old The well-known dance hall there, and the old ball pit had completely disappeared.The creamery, a pivotal socializing spot for locals, was also closed.
Jacqueline, who has lived in Carrigkerry in West Limerick for 30 years near her father’s home, has used her time productively during the Covid lockdowns and restrictions to also write The Gnome On My Toe, a book for children which so far has sold almost 900 copies and has reached destinations as far afield as Australia, the United States and Dubai.
“To be honest, I was shocked at how well it sold,” she says.
“It’s not a fantasy scary story and I paid attention to that because I think kids are exposed to a lot of misinformation via social media. The physical act of holding a storybook is definitely better than a child staring at a screen. ”
Jacqueline is currently working on The Man with the Hairy Nose, another book this time for older children, which has inclusion as its central theme.
With over 30 years of experience working with children as a Montessori educator, and having worked as a group psychotherapist, Jacqueline is now training as a child and adolescent psychotherapist.
Her parents met and married in Manchester, where she was born, and moved back to Killenaule, her mother Theresa’s hometown, in the early 1970s, where they still live.
“My late grandmother Babs (Mary) Kelly came from Killenaule and was a big part of my life,” she says.
“She worked at St Mary’s National School for 30 years. She had a great affiliation and respect for children and is still fondly remembered to this day for her kindness and generosity to the children at Killenaule Primary School.
“When I was a kid, my grandmother would read to me at bedtime and my grandfather Mick Kelly used to listen to various plays on the radio, which I couldn’t stop listening to. He was visually impaired, so the radio was his social outlet every night.
“I have a vivid memory of seeing Rosaleen Linehan on TV reading The Matchless Mice. All of these different childhood memories and experiences have definitely shaped my imagination and love for creative writing.
Although she obtained a course at Limerick College of Art and Design after her Leaving Cert, Jacqueline trained at St Nicholas Montessori College in Dublin.
Coming from a family of musicians, it was no surprise when, in 2005, she completed a master’s degree in music under the guidance of the professor and Clonmel man, the late Mícheál Ó Súilleabháin, whom she describes as “a gentleman who has always encouraged me musically.
“In 2009 I began my training as an Integrative Humanist Psychotherapist at the University of Limerick and am currently completing Masters training as a Child and Adolescent Psychotherapist.”

On Sweet Old Mill, her husband Denis (vocals and accordion) and Jacqueline (vocals and arrangements) are joined by an impressive cast of backing musicians, including Nicholas Long of London on fiddle; Caoimhin Ó Fearghail (from Danú) on guitar, bouzouki and uilleann pipes; Derek Hickey (De Dannan) on accordion; James O’Connor on bodhran; Máire Breatnach (an early Riverdance musician) on violin, viola and ukulele; singer/guitarist Sinead Egan, who performed on Boy George’s latest album; and Claire Egan, a well-known classical and traditional violinist from London. The album was produced by Pat Donegan, who also played piano, ukulele and guitar.
Lullaby Lay, an album of contemporary and folk songs, includes four tracks that Jacqueline wrote herself and is dedicated to her nieces – Anna Doheny, 11, who lives in Fethard; and Saoirse Geoghegan, 9, and her sister Orla, 7, who live in Limerick.
“I’ve been working on the album for ten years. Instead of wallowing in my grief or being bitter, it helped me move on,” she says.