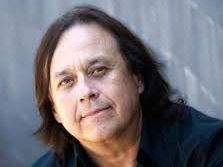 Tributes pour in after death of Indigenous musician Vince Fontaine

A well-known and respected Manitoba musician and songwriter died suddenly on Tuesday, and those who knew him now remember Vince Fontaine for his love and gift for music, but also for his dedication to community and people. that he loved.

In a Tweet on Tuesday evening, NDP MP Nahanni Fontaine announced that her uncle, Vince Fontaine, 60, had died suddenly.

“On behalf of our Fontaine family, it is with terrible sadness and shock that I announce the sudden passing of my dear Uncle Vince Fontaine today, Tuesday, January 11, 2022,” the post read.

“Vince’s love for music has only been eclipsed by his boundless devotion to his family, friends and community.”

Fontaine, a member of Sagkeeng First Nation, was a Juno award-winning musician and a fixture in the Manitoba music community as a founding member of rock band Eagle & Hawk and folk pop band Indian City.

In 2002, Eagle & Hawk won a Juno Award for their album On and On in what was then called Canada’s Best Native Music category, now known as Native Music Album of the year.

Indian City, which was formed in 2011, has also released several albums, and the band collaborated with well-known Canadian musicians Chantal Kreviazuk and Jim Cuddy on their 2021 release Code Red.

But in addition to his musical abilities and resume, Fontaine is also remembered as a man who would always be there for his friends and family, and for his community.

On Tuesday evening after the announcement of Fontaine’s death, the Bear Clan Patrol Inc. posted a message on its Facebook page that spoke about Fontaine’s charitable and volunteer work.

“Vince was an integral part of our basket program delivering baskets every Wednesday to the most vulnerable in our city throughout the pandemic,” the post read.

“Rest well Vince, you will be missed. “

Tributes have also been paid by Aboriginal leaders in Manitoba who say Fontaine’s music and art were important because they introduced Aboriginal culture to a wide audience.

“His passion for the music industry was propelled by his belief in sharing the beauty and importance of First Nations culture,” said Assembly of Manitoba Chiefs Grand Chief Arlen Dumas in a press release on Wednesday.

Dumas said Fontaine was also known to give back to his community, and often did so without seeking recognition or accolades for the charitable and volunteer work he did.

“Not only did he pour his heart into the songs he wrote, but he did so by supporting so many community events and causes,” Dumas said. “He never said no when it came to helping Indigenous people, but he did it quietly.

“Every aspect of his art, creativity and community advocacy has connected people.”

As of Tuesday, the exact cause of death had not been confirmed by members of Fontaine’s family.

Sign up to receive daily news from the Winnipeg SUN, a division of Postmedia Network Inc.

Thank you for your registration!

A welcome email is on its way. If you don’t see it, please check your spam folder.

The next edition of the Winnipeg Sun’s Daily Headline News will soon be in your inbox.

We encountered a problem during your registration. Try Again

Seven ways to claim compensation worth thousands of pounds