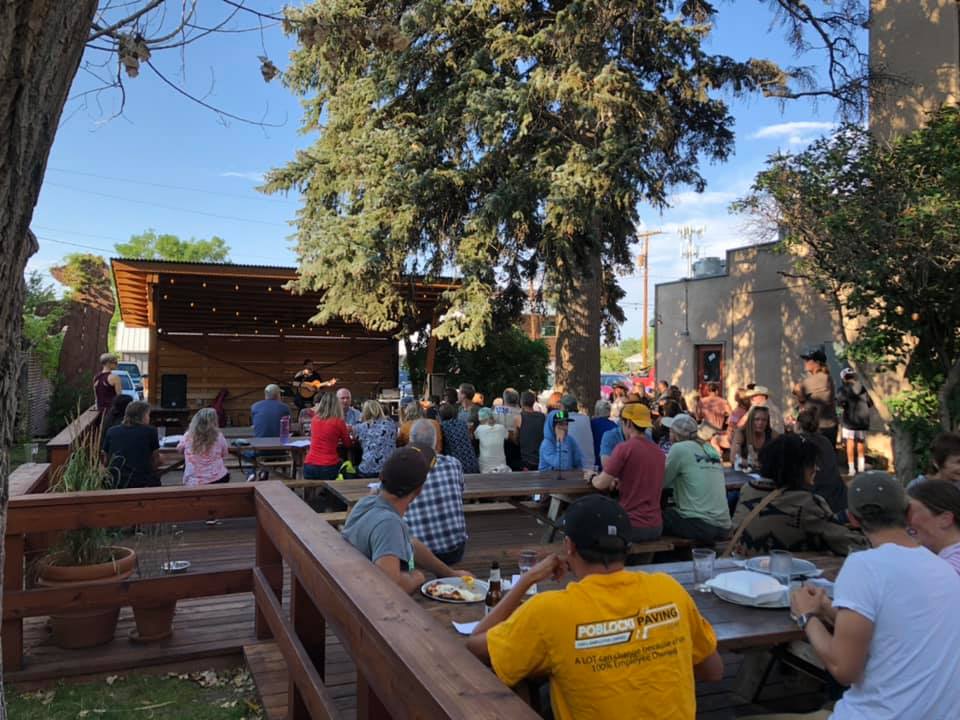 (Lander, WY) – The Wyoming Singer / Songwriter Competition had its Lander showcase on Thursday August 5th, and there were 7 musicians who shared their stripped down acoustic styles for the evening.

Event organizer Jon Gardzelewski hosted the event, in which 3 artists were voted favorites and the top 5 songs were awarded as well. The winner received $ 100 and a chance to advance to the next round.

The winning songs of the evening were “Take Me to Wyoming” by Carper, “No Cause For Concern” by Lesher, “Cowboy I’m Yours” by Carper, “Bad Blood and Bourbon” by Adam Kirkpatrick and “Whiskey and Wine “from Lesher.

Everyone competing for the night brought the musical heat, with local musician Micah Wyatt kicking off with his songs “All My Good Days”, “Want” and the song “Apocalypse Song”.

Then, Jackson’s musician James Curran, with the songs “I Should’ve Headed West”, “I Didn’t Do It Lord” and “Hotels and Motels”.

Kaycee Tenboer, local finalist and 3rd, was next, performing her songs “Desiderata”, “Cool Blue”, a song she wrote in high school, and “Just A Lady!” “

Preston Beasley then took the stage to perform his songs “Kings and Heroes”, “Blue” and “The Place”.

Lander resident Raine Lesher then stepped in to perform when Adam Kirkpatrick was not available for his performance slot (Kirkpatrick was reported to be participating in an impromptu run, but these are not confirmed).

Lesher performed her songs ‘Whiskey and Wine’, 5th place, ‘2020’ and 2nd place ‘No Cause For Concern’, which she had just written the day before.

When his fate became known, Adam Kirkpatrick then performed his songs “Bad Blood and Bourbon”, the fourth place, “Love, The End”, which he had written that morning, and “Get Back Again”.

To end the evening, the big winner of the evening, Sarah Carper of Casper, whose song “Take Me to Wyoming” took first place, “Cowboy I’m Yours” took third place, and “Moments and Miles “, also wow the public.

Find more information and updates on the Wyoming Singer / Songwriter Competition here, and certainly check out all of the great local music from Wyoming!